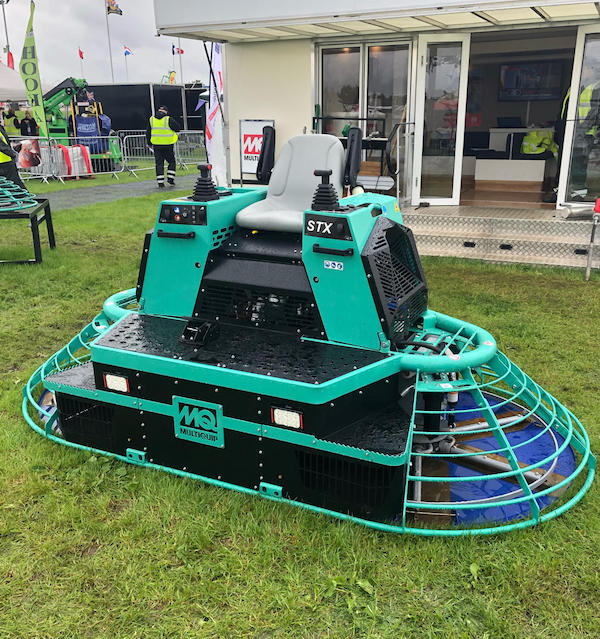 Concrete contractors flocked to our two stands and snapped up the unmissable deals.

There was something very British about this year’s PLANTWORX that was held earlier this month near Peterborough. It was raining! Well, actually it wasn’t just raining… it was torrential. The weather really was atrocious. But, being British and being well used to conditions like this, the concrete contractors still turned out in their droves to see what was new, what did what and what deals were on offer. Certainly, on the two Multiquip stands, we were constantly busy as curious concrete contractors inspected and tried out various tools, products and items of equipment while they were also keen to discuss the special deals we were making for the duration of the show.

One of our stands was described as our ‘Static Stand’ where we were exhibiting a wide range of the latest concrete tools and equipment along with numerous concrete sector products some of which were supported by exclusive PLANTWORX deals.

Our other stand, which we called our ‘Demo-Display Stand’, was the place where concrete contractors could not only see the wide array of equipment and products in action … but they could actually get up close and hands-on as they tried them out for themselves.

Both stands proved to be enormously popular and over the course of the three days of the show, we received terrific feedback from so many concrete contractors who were clearly impressed by what we had on display and being demonstrated.

If we were to sum up the highlights of this year’s PLANTWORX, we would have to include:

If you couldn’t make it to PLANTWORX but would like to know more about our range of concrete contractors products then please do not hesitate to contact us. You can call us on 0161 339 2223, you can also email us at sales@multiquip.co.uk or you can get in touch by using the online form that can be found on our Contact page. If you’d like to see some more shots from PLANTWORX, head over to our Instagram page – and follow us while you’re there!